Kevin De Bruyne warned Manchester City not to start dreaming of Premier League title glory after Sunday’s thrilling 2-2 draw against Liverpool left them in pole position to retain the trophy.

Pep Guardiola’s side remain one point ahead of second placed Liverpool following a classic encounter at the Etihad Stadium, leaving them on track to pip the Reds to the title.

City led twice through goals from De Bruyne and Gabriel Jesus, but Liverpool hit back to equalise on both occasions thanks to Diogo Jota and Sadio Mane.

City midfielder De Bruyne knows pundits will make his team favourites to win the title for a fourth time in five seasons.

“I know people said whoever wins gets the title. But I don’t think the teams think that way, the schedule is way too tough for both teams to win all their games,” De Bruyne said.

Belgian international De Bruyne felt City did enough to take all three points, which would have been a hammer blow to Liverpool.

“Today we played very well, I think we had the upper hand. This is the way we need to play the rest of the season,” he said.

“We should score more. It is what it is. It was a great game. I think it should be more before half-time but we were still winning.

“The way the second half started is the disappointment. I think we played great and created enough chances to win the game.”

Liverpool captain Jordan Henderson conceded his team need City to stumble in the final weeks and urged the Reds to keep up the pressure.

“They don’t drop many points of course, but we’ve got to concentrate on ourselves and win as many games as possible,” Henderson said.

“If they do slip up we’ve got to be there right behind them.”

The Reds were on a 10-game winning run in the league before City halted that blistering streak.

“It was an intense game. We wanted to come here and give it everything to get the win,” he said.

“Unfortunately we didn’t do that, but at the same time we didn’t lose the game. We’re still in the race, so it’s positives and negatives.

“It’s pleasing to come back twice from being behind, shows a lot of character to do that here.

“We got our goals, but at other times we could have defended better.” 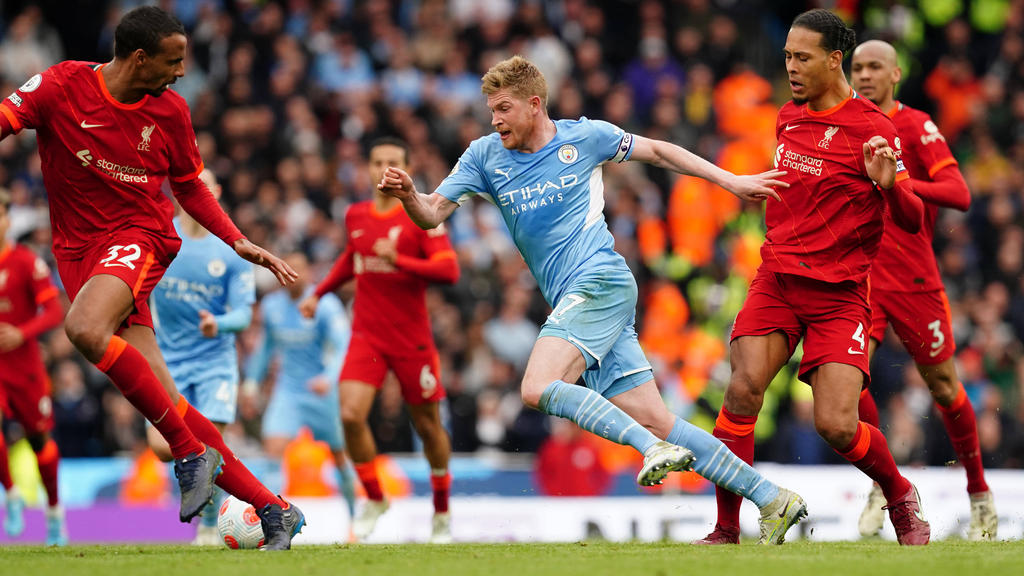